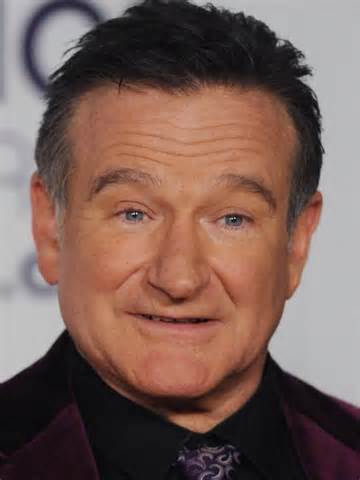 The late comedian/actor Robin Williams would have been 64 years old today. I recall as a kid first seeing him when he played an alien from the planet Ork, in the kids show ‘Mork and Mindy’.

My initial thought on seeing him for the first time, wasn’t how funny and nuts this hyperactive guy in the red spacesuit was. No, I can remember thinking “Blimey, what hairy hands he’s got!” 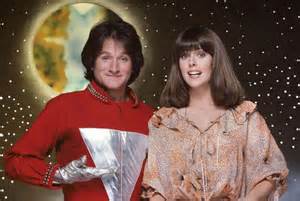 That was closely followed by the thought “Blimey, that Mindy (Pam Dawber) was a tasty looking woman!”…………. Look it was 1978, I was a 15 years old going through puberty, give me a break!

I have to say, though, me fancying a woman when I was that age was no gauge of a woman’s looks. I found Gail from Coronation Street attractive in those days. On a really hormonal day Ena Sharples was nearly appealing!! ………. It must have been the hairnet and miserable bulldog face that did it for me! 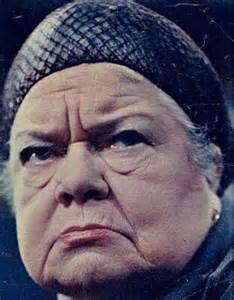 Once I’d got over Williams’ hirsuteness and how cute Mindy was, I concentrated on the show itself. If memory serves me correct the script wasn’t fantastic. However, it was delivered with such speed, energy, enthusiasm and sheer zaniness by Williams I found it hilarious at the time.

It must have been pretty good, as it was just about the only kid’s show our Ian would stop smashing ornaments with a football to watch. The other was the school drama Grange Hill. His hero was a young scally called Tucker Jenkins, whose mischievous antics and many rollickings he related to.

I won’t lie and say I followed Robin Williams’ career after the introduction to his work on Mork and Mindy. I’ve never been a big movie buff, so I’ve only probably seen about a dozen of his movies. Most of them have been enjoyable, with the exception of the odd one.

I watched him recently in a Disney film called Old Dogs, in which he starred with John Travolta. I think it was made around 2007 and even Williams’ talent couldn’t resuscitate this movie!

You never know, in 1978 I might have found it funny, but as a cynical middle aged bloke I thought it was dreadful. I couldn’t understand why Williams and Travolta would want to lend their name to it. Then again I suspect I wasn’t the targeted demographic audience for that movie anyway, so I’ll shut the flip up!

Personally, even though I found him very funny, the role I thought was his best was a straight role that won him a Best Supporting Actor Oscar in 1998. He deservedly won that accolade for his portrayal of a psychiatrist Dr Sean MacGuire in Good Will Hunting.

I’m no movie critic, so I’m not going to wax lyrical with some bullshit critique about his performance. Anyway, I don’t suppose my cat Lyrical would appreciate being groomed by me waxing him!

However, I will say I found his portrayal as a widower given the challenge of gaining the trust and ‘fixing’ his ‘broken’ patient, Matt Damon, moving and highly believable.

It’s well recorded that away from the screen he suffered for years with depression and alcohol problems. Sadly, these demons contributed to him taking his own life last year at the age of 63.

In their song Behind Blue Eyes, The Who include the lyric “No one know what it’s like to be the sad man behind blue eyes”. The song itself isn’t about depression; it’s about a cheating guy angry at himself and his wife. However, the line fittingly personifies Robin Williams long running, enduring battles with his demons.

Happy Birthday and Nanoo, Nanoo wherever you are!