After posting a video yesterday of a famous Barbarian rugby try in 1973, it started me reminiscing about a plethora of sporting memories from my childhood. This sentimental journey went back to a time when we had a great Leeds Utd team, a decent England football team, and I had terrible neck rashes from the jumpers my mum used to knit.

I know this is not sport related but my mum’s knitwear left many a scar, literally! It wasn’t just the fact they itched like hell, but also that she made the neck so tight the English tug of war team had to be engaged to pull them over our heads!

The perils of jumpers with tight necks! 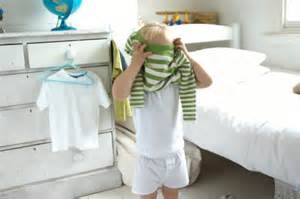 Don’t get me wrong my mum is very skilled with the needles. To clarify, I mean she can knit to a high standard, not that she injects herself with illegal substances! …….. Well, unless you count Yorkshire Tea as an illegal substance! ……….That is a joke by the way, so don’t try that at home. I’m pretty sure tea leaves in the veins would be dangerous!

In fact she is so creatively adept with the needles, she once knit a letter of complaint to the BBC about the lack of knitting programmes on TV …….. The BBC were very responsive and within months they brought The Great British Bake Off to our screens!

I’ve no chuffing idea where I’m going with this at all as I’ve lost my thread, or should I say the end of the wool! …….. Oh yes, my mum’s knitting! My brother Ian and I could just about live with having to wear the itchy jumpers (although I recollect he wore his pyjama top under it), however, the balaclavas were a different matter!

I know it was pretty cold in the north east of England through the winter months, well most of the time if truth be known, but having to wear a balaclava at junior school was purgatory! To make matters worse they were bloody harder to take off than the jumpers! ……….The tug of war team couldn’t help with the balaclavas, we had to be cut free by the fire service!

Balaclava similar to one my mum knit 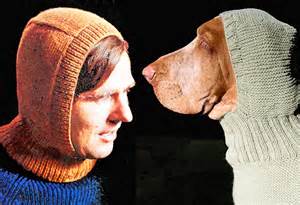 It is rumoured that the henchman for the 1960’s villains the Krays, Harry The Hat got nicked after his getaway was severely delayed removing a balaclava my mum knit. I’ve no idea if that’s true, but if it is it wouldn’t surprise me! ……… Actually, I do know that it isn’t true, as I just made it up!

As we got older mum stopped knitting us stuff, apart from cricket jumpers. They were resplendent creations in the colours of the club we played for. We really stood out from the guys who wore the shop bought ones.

In fact Ian and I can claim to be the first players in the Durham Senior League to wear jumpers with cuffs where the neck should be! …… It wasn’t long before we started wearing shop bought ones. Consigning the knitted ones to orphaned baby giraffes at Lambton Lion Park! ………. The last I saw of these jumpers were driving past watching the tug of war team trying to free a young giraffe!

Anyway, I’ve just written nearly a page of A4 about knitting, so back to my original subject, which was ………… Hold on while I scroll back up! ….. Ah yes, sporting memories of my childhood.

We rented our first colour tv from Rumbelows in 1973. My Leeds supporting dad took the decision to upgrade from monochrome for the FA Cup final between Leeds Utd and Sunderland.

It was his birthday and he expected one of his presents to be a straightforward victory for the great Leeds team over Bob Stokoe’s second tier north east side. We all did! It was unthinkable the team in red and white stripes would prevail over Don Revie’s mighty side.

However, they did and with living not far from Sunderland my brother and I realised we’d be in for some fearful ribbing come school on Monday! ….. We didn’t even have balaclavas anymore to help provide the anonymity we required, or time for mum to knit them!

The only plus side during that black afternoon was that now we were able to watch sport in colour. Watching a football or rugby game on a black and white TV could be quite challenging. Especially when the teams played in dark shirts, had white shorts and dark socks.

For example, I once watched Scotland play Wales at rugby in black and white. Scotland wore blue tops/socks and white shorts, whilst Wales donned red top/socks and white shorts. To make things worst it had rained heavily, so the mud covered teams were even harder to distinguish! it wasn’t long before both sides looked like the picture below, making the commentators job very challenging! 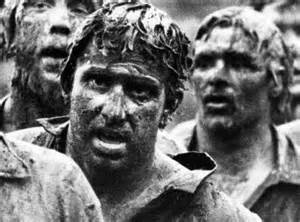 Yes, that thought of no more black and white tv to watch sport was the only thing that perked me up in the aftermath of that Leeds defeat. With my exuberance of youth, I’d also consoled myself in the knowledge Leeds were in the European Cup Winners Cup final in a few days and surely they’ll win that to make up for this final loss!

So a few days later, I took my place in front of the TV, confident Leeds would overcome their Italian opponents AC Milan at the neutral venue in Greece. I sat there excitedly with the rest of the family on that warm Wednesday evening awaiting the pictures to be beamed back.from the east of europe.

It was far too warm to wear the woollen Leeds scarf around my neck (not knitted by mum) but I did anyway. Eventually the pictures were beamed back, via satellite, from Greece and would you believe it they were in bloody black and white! 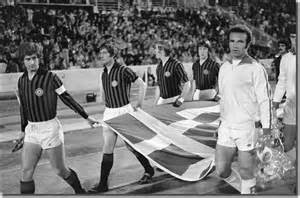 The game kicked off, Leeds had a man sent off and after a multitude of poor refereeing decisions were beaten 1-0 by the Italian giants! …. The referee was so bad he was booed off by the neutral crowd and the governing body UEFA banned him from refereeing for life!

I knew I wasn’t allowed to say the word f**k, so I decided to utilise a new word I’d learned at school and promptly announced “That ref was a right twat!”

To cap a great evening, I got a right bollocking for swearing and sent to bed without supper …………The misery I’ve endured being a Leeds fan!!