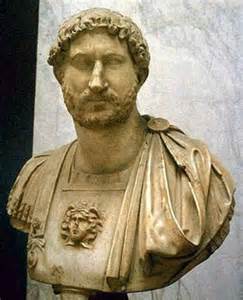 When Emperor Hadrian commenced the building of his wall in Britannia (122 AD), its purpose was allegedly to separate Romans from the Barbarians. Thankfully it didn’t work, or we’d have never seen this iconic try by Welsh legend Gareth Edwards for the Barbarians against the All Blacks in 1973!

It is said that Hadrian left Britannia at the end of 122 AD not long after the Barbarians breaching the wall. Before the wall was breached it is now believed that Hadrian’s spouse used it to lean against whilst gossiping with neighbours. History books tell us that you’d never believe what Mrs Atkinson at number 39 was up to with a centurion!

It is said clothes pegs excavated in the last decade indicate the hanging out washing occurred around the time of Hadrians occupation. However,  archaeologists are still baffled at the presence of the words Sainsburys on the side of the pegs!

One of the earliest pictures of Hadrian’s Mrs gossiping beside the wall … Allegedly! 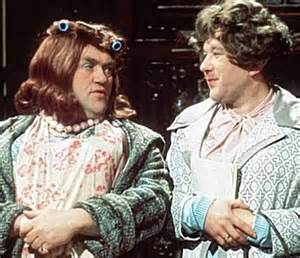 In yesterdays blog I wrote a section called ‘Ten Things You Don’t Know About Me’. To make it light hearted I deliberately made it daft, irrelevant and uninformative. Firstly, because generally I try not to be too serious in these narratives and secondly, I couldn’t think of anything sensible of interest to write anyway!

I couldn’t resist a rye smile when Karen, after she read the build up words and the list itself, exclaimed she was disappointed. When I asked her to elaborate, she advised she was hoping to find out ten really interesting facts about me, not read the nonsense I’d put!

I’ll give her the fact it was daft and was deliberately so. However, I commented that as we’d been married for nearly twenty seven years there’s not much to tell, bless her!

Anyway, I told her I admired her honesty and we got on with our day. …… And no I wasn’t sulking. Well not much anyway!

One thing I could have added of the things you don’t know is that I have a terrible habit of grinding my jaw. It’s something I’ve done since being a kid, which seems to be getting worse with age. I spend hours a week doing this, which can’t be doing my jaw bone any good but as hard as I try I cannot stop it!

Thankfully, it is something I’ve managed to resist when in company as I look as though I’m gurning when I do it! ….. I would project an image of being pretty simple if I did it with people around…….. You can write your own punchline for that!

A look not to dissimilar to mine when I’m grinding my jaw! 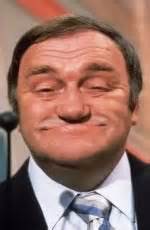 I wish I had a healthier, less aesthetically alarming habit like other people have. Stuff like wrapping my head in sellotape or walking around pretending to have tourettes!

Karen once offered to break my jaw for me. It wasn’t to stop me grinding it. It was more because I’d signed her copy of ‘The Da Vinci Code’ pretending it was by the author Dan Brown! ………. Yes, it is a bloody miracle she hasn’t killed me!!