It’s Bank Holiday Monday. I’ve not formulated any plans for the day ahead as yet………. Well, apart from writing a blog, cutting the back grass (again), packing for Scotland, translating the complete works of comedian Bernie Clifton into Hebrew and tracing my wife.

To clarify, when I say I’m tracing Karen, I don’t mean I’m looking for her, or her roots on Ancestry.com; I mean I’m going to draw around my wife on tracing paper! …. I’m not sure why, but it’s a Bank Holiday tradition in the Strachan household. I think it dates back several years to the Great Aberdonian Spouse Tracing Festival, but don’t quote me on that!

Packing for Scotland is a dilemma due to its highly changeable weather, which means you can experience all four seasons in one day at this time of year! So far I’ve packed my walking boots, my walking coat and my walking waterproof trousers……. I’d better pack other stuff, though, in the event I don’t go walking, or for times when I’m not wandering the hills!

The suitcase that Piers Morgan stores his ego in on a night! 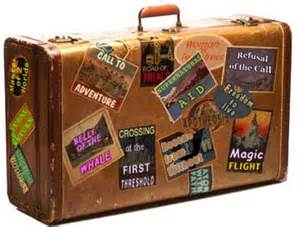 Karen seems to think I should pack my sproggan, but I’m pretty sure there is no such thing! I assume she means sporran.

In any case I’ve no requirement for a sporran as I’m not taking a kilt…….Well to be honest, I haven’t got a kilt or sporran! …. Perhaps she doesn’t mean that after all! … I best clarify what she’s alluding to, in case it is important!

A sporran and a spriggan (Cornish fairy). I couldn’t find a sproggan anywhere online! 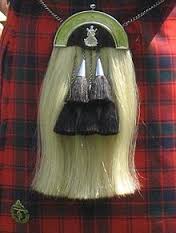 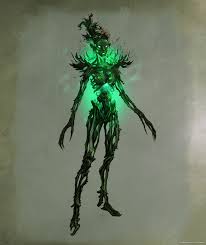 Blimey, I think I may have broke the world record for the use of the word sporran in the paragraph above! …. I’ll google it later and let you know if you’re interested!…… Ok then I wont!

For those of you who aren’t acquainted with Bernie Clifton (the guy I mention above) don’t worry about it, you’ve not missed anything. In a nutshell, he made a living on stage and TV pretending to ride an ostrich! …. See below for what I’m alluding to!

Bernie Clifton pretending he is riding an ostrich! 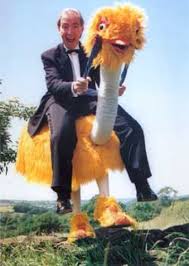 Another thing I’ll have to address, before I travel, is getting the slow puncture I have on one of my tyres fixed, or replaced. I think I’ll do that tomorrow first thing, as Bernie Clifton’s translation work is going to tie me up for most of the day!

Note to myself, DON’T set off a virus scan on my laptop prior to starting to write a blog! This old thing has incredibly slow response times, when a scan is running! ….. That’s the laptop by the way, not me! ……… For instance, the last sentence took nearly a minute to render after I typed it!

I’m finding it hard to concentrate whilst writing this today! The dog is running around the living room excitedly and barking at anyone who ventures past our front window! …. Not only is it affecting my focus, but I also wonder where the hell it came from, as we haven’t got a dog!

I’ve never had a dog. However, I’m told they are great companions, loyal and become an extension of the family.

I must admit, I find Paul O’Grady’s TV programme about abandoned dogs at Battersea Dogs Home very moving. I have thought it would be good to get a rescued dog from somewhere like that……. However, I’ve always been put off by worrying that Paul O’Grady might come with them!

My daughter Rachel would love a dog. One day maybe! ….. Right, time to get my backside in gear and get on with the stuff on my ‘To Do’ list!

Paul O’Grady. He loves dogs … Errrr, no not like that! 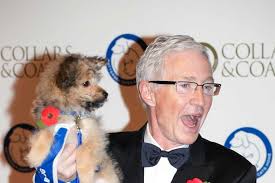